“Your conscience is the measure of the honesty of your selfishness. Listen to it carefully.” 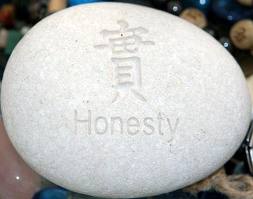 “Honesty is the first chapter in the book of wisdom.”

Honesty: here’s a word that is synonymous with another word, yet is subtly different. We hear about honesty and truth in tangency but they’re not the same at all. Honesty is arguably an attribute. Some might say that truth is an absolute – yet if you refer back to our post on the 10th December on ‘Truth’, even this is questionable as one person’s truth might be another person’s falsehood.

There are times in life when one has to trust oneself to judge whether honesty really is the best policy or not.

A Christian woman rented a room in her house to a Jewish man during the war. When the Nazis were knocking on doors, the woman didn’t know what to do. She’d never told an untruth in her life, according to her, and didn’t feel comfortable in doing so now. If the Nazis asked whether there were any Jews in her house, she would have to tell the truth. A compromise was agreed upon, as suggested by the man. When the Nazis arrived, the woman would say that there were no Jews living in her house because as the man was renting the room, they could argue that it was his and not hers.

The truth was that there was a Jewish person living in her house, but not in her part of the house. If she was asked whether there were any Jews living with her, she could categorically tell the truth: she didn’t live with a Jew. Surely, in such circumstances the honest thing to do was veil the truth, and this was the humane and honest thing to do.

Honesty, in the main, is the best policy but it isn’t always the right thing to do.

“Today I told a lie to be kind, and I don’t regret it, because I am more sure of what is kind than I am of what is true.”

Isn’t it more honest in this case to lie? If you are trying to live virtuously, there are times when the truthfulness isn’t the most honest thing to do, especially if you consider the word “honest” in conjunction with the word “honour”.

Duality is a very difficult concept for us to comprehend, especially when we have been conditioned into thinking in terms of black and white, in a world of opposites and not composites. Whilst many think that honesty is telling the truth, this isn’t always the case.

We should, in our lives and in our relationships, strive for honesty most of the time but honesty isn’t always kind and you must consider what you value most. Complete honesty is not necessarily the utopia that it may seem.

If you want honesty, and ask a question, then are you really ready for the response? 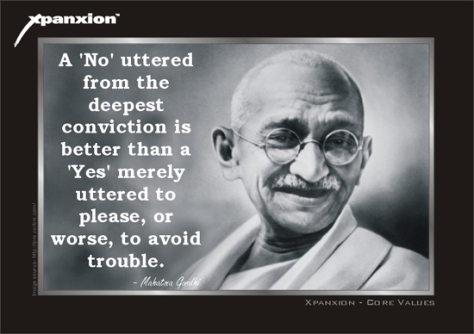 One thought on “Seasonal Values – For Every Season: Honesty, 20th December”